States and Territories in Australia

Emigrate to Australia is part of Taylor Hampton Solicitors, a highly reputable SRA regulated law firm based in London, UK. We are a MARA registered migration agents and offer visa and immigration services. We are not the Australian Immigration Department.

States and Territories in Australia 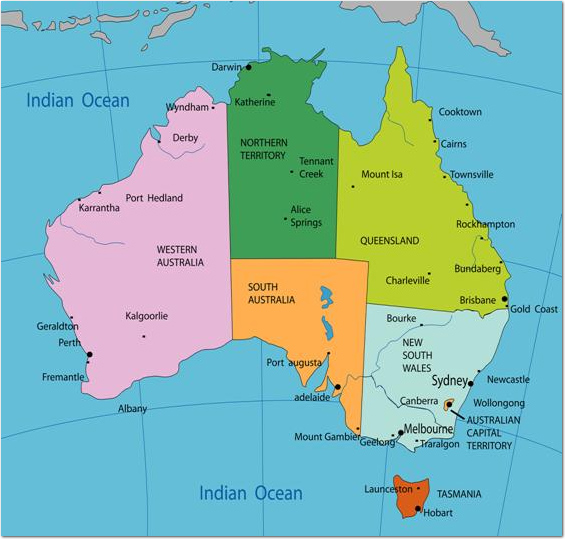 Capital: Sydney
Sydney is Australia’s largest city and home to some of Australia’s most famous landmarks including Sydney Harbour, Sydney Opera House and Bondi Beach. Sydney has a warm temperate climate and has a population of 4,254,900.

Capital: Brisbane
Brisbane has the fastest growing population of all Australian cities. Its sub tropical climate makes Brisbane one of Australia’s most popular holiday destinations. The population of Brisbane is 1,810,900.

Capital: Perth
Nestled on the banks of the Swan River, Perth is the only major city on the west coast of Australia. Perth enjoys a Mediterranean style climate and has some of Australia’s best cultural and artistic centres. The population of Perth is 1,477,800.

Capital: Adelaide
Adelaide is situated between the Mount Lofty Ranges and the waters of Gulf St Vincent. Adelaide has some of Australia’s best wines and is considered to be the wine and festival capital of Australia. Adelaide ‘s dry climate is often compared to a Mediterranean style climate. The population of Adelaide is 1,129,300.

Capital: Hobart
Hobart is Australia’s second oldest capital city. Hobart is situated on the banks Derwent Estuary, one of the world’s great deepwater ports and is the destination to a one of the toughest blue water sailing classics, the Sydney to Hobart Yacht Race. The population of Hobart is 203,600.

Capital: Canberra
Canberra is the Nation’s Capital. The city seats Federal Parliament and is home to Australia’s national institutions. The climate in Canberra is cooler compared to other Australian cities with Canberra being located approximately 150 kilometres north of the Australian snowfields. The population of Canberra is 324,800.

See if you Qualify for an Australian Visa

Are you looking to travel, work or relocate to Australia? Contact us to see if you qualify and how we can help. Please complete the form below and we will contact you shortly.