The Return of the Ten Pound Poms Scheme – Australian Migration

The Ten Pound Poms Scheme was introduced in 1945 to migrate Brits to Australia and New Zealand.  Its purpose was to boost the economy after the Second World War. 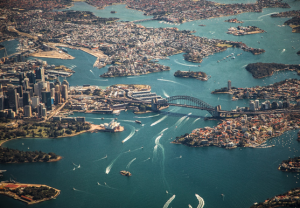 What is the history of the Ten Pound Poms?

In 1945 the Ten Pound Poms Scheme is a colloquial term to give British citizens a novel opportunity. It enables them to migrate to Australia for the grand total of £10 (or around £441 today), with children travelling free of charge.  The scheme was a ‘follow-on’ from the Big Brother Movement. The latter being another migration scheme set up in 1924 to attract youths from the British Isles to Australia. The Pom Scheme attracted over 1,000,000 people from 1945-1972.

Now, almost 70 years later, Australia re introduces the Ten Pound Poms Scheme to yet again attract youths from Britain onto the shores of Australia once again.

If you are aged between 18-30 and dreaming of a life in sunny Oz, look no further than a price of a London pint.

There are some differences, however, from the 1945 Scheme in that the new scheme offers a £10 RETURN ticket. As a result, this means that you can live and work in Australia, with the guarantee of returning home.

Masterchef celebrity chef John Torode gave insight of the Scheme on Good Morning Britain this week and explained that:

“The idea is you fly into South Australia, you work there and if you work in a rural area for more than 12 weeks, you can also get a second year of your work visa.”

So, if you are between 18-30, you may be able to get a £10 ticket for an experience on one of the most beautiful terrains in the world.

Emigrate to Australia is part of Taylor Hampton Solicitors meaning that our agents are part of a law firm and regulated by the SRA.

See if you Qualify for an Australian Visa

Are you looking to travel, work or relocate to Australia? Contact us to see if you qualify and how we can help. Please complete the form below and we will contact you shortly.